During the course CONTRA ESRs will become familiar with Agile and project management and software development practices and tools useful in bioinformatics. First two days will be composed of half-day of lectures followed by half-day of practical exercises. Next two days will be dedicated for group projects strongly connected with previously acquired knowledge and skills. Last day will begin with summary of the course prepared by students who will present their achievements after 2 initial days of working in groups. At the end, necessary information and invitation to the next event will be announced. The work on projects will be continued after the event in a distributed fashion, peer reviewed, committee reviewed and presented on webinars. 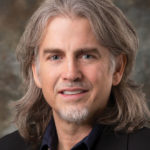 Dr. John Quackenbush
Department of Biostatistics at the Harvard TH Chan School of Public, Biostatistics and Computational Biology at the Dana-Farber Cancer Institute

John Quackenbush is Professor of Computational Biology and Bioinformatics and Chair of the Department of Biostatistics at the Harvard TH Chan School of Public Health and Professor of Biostatistics and Computational Biology at the Dana-Farber Cancer Institute. John’s PhD was in Theoretical Physics, in 1992 he received a fellowship from the National Institutes of Health to work on the Human Genome Project, which led him from the Salk Institute to Stanford University to The Institute for Genomic Research (TIGR) before moving to Harvard in 2005. John’s research uses massive data from DNA sequencing and other assays to model functional networks in human cells. By comparing networks between groups of individuals, he has found new drug targets, explored chemotherapy resistance, and investigated differences between the sexes. He has made pioneering discoveries about how the genetic variants work together to determine our traits. John has published more than 280 papers; his work has been cited more than 65,000 times. He has received numerous awards for his work, including recognition in 2013 as a White House Open Science Champion of Change. He is also the co-founder of Genospace, a precision medicine software company that was purchased by the Hospital Corporation of America in 2017. 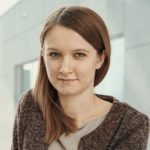 Barbara Kalinowska is an experienced bioinformatician with a strong background in biophysics. She obtained her Ph.D. from the Jagiellonian Univerisity in the field of computational biology, specifically in the protein structure prediction. The research she performed during her doctoral studies resulted in several publications and was presented on international events. While the master studies, she gained also experience in the laboratory work and the research on the photodynamic therapy of cancer.
Barbara joined Ardigen at the beginning of 2017 and since then she has broadened her practical knowledge in the field of the modern genomics. She participated in several projects focused on topics like CNV detection, CRISPR/Cas9 screening or single-cell RNA-seq data analysis. 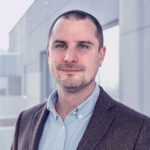 A scientist and an experienced software engineer. With over a decade of experience working in IT industry as well as academia.
He developed passion for Life Sciences while working in Center for Medical Genomics – OMICRON, where he was responsible for entire computing infrastructure of genomics core, including: NGS data analysis, automatic liquid handling systems and creation of new bioinformatic pipelines.His recent endeavours focus on developing robust solutions for Life Science research and integrating cutting-edge computer technologies. Piotr is very passionate about information technology, constantly looking for new and exciting tools for creating elegant solutions. 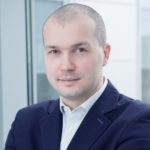 Mr. Piotr Stępniak joined Ardigen in 2015 as Bioinformatics & Data Science Consulting Director. His collective 10 years of experience in academic and commercial bioinformatics projects include working with partners from universities, medical research institutions, cancer clinics and biotech companies. Piotr conducted bioinformatics research dedicated to biomarker discovery, enzyme redesign, drug discovery, as well as prediction of clinical events such as surgery complications and early brain metastasis. His role in shaping the scientific grounds of projects with partners and within the company as well as expertise spreading across Life Sciences, Data Science and IT was instrumental in creating a successful collaboration relationship with over a dozen partners ranging from academia, through emerging biotech companies, up to big pharma located in San Francisco Bay Area, Greater Boston Area and European Union.

Venue
The Cracow Training Event „Agile Bioinformatics for Agile Science” will take place in the Jagiellonian Center of Innovation, Life Science Park. It is located in the south-west of Kraków near the campus of the Jagiellonian University with convenient connection to the city center and ring road and the John Paul II Kraków–Balice International Airport.

Please note that the payment of the Guest House accommodation fee will be handled by the hotel directly.

If your arrival/departure dates are different please inform bozena.milanovic@ardigen.com before starting registration procedure.

By plane: Krakow Airport – Balice (KRK) offers direct flights from main European cities.
By train: The city also offers convenient direct railway connections with most of the larger towns in Poland, and Europe.
By car: Many national roads and motorways intersect in Krakow, among others the A4 running directly from the German border.

Tram and bus tickets
Tickets can be bought at newsagents or ticket machines at bus and tram stops. Ticket machines can also be found in a number of buses and trams. Drivers can sell tickets as well, but please note: they only have multiple trip tickets valid for 60 min and concessionary tickets. In all these places you can only pay in cash.

For planning trips by public transport refer to: krakow.jakdojade.pl/?locale=en